President Biden is still bragging about his economy.  It may sound ridiculous to those who find his upbeat statements incredible in the face of the economic realities at the kitchen table.  He paints a rosy picture even as most Americans are suffering as a result of the Biden Policies.

Biden’s response to both Republican and Democrat economists’ warnings — as inflation appeared on the horizon –  was “not to worry.”   When they cited Democrats’ big-spending policies as the trigger, Biden said: “not to worry.”  Biden actually said we should spend trillions more.  In fact, he even said that his mega Build Back Better expenditures would reduce the severity of inflation.  When the first wave of inflation was hitting the American economy, Biden said it would be mild and short-lived.

Now that we can see how out of touch with economic reality Biden and the Democrats are, we should suspend confidence in just about anything Biden says or proposes regarding the economy.  Fortunately for the American people, Senators Joe Manchin and Kyrsten Sinema were intelligent enough and courageous enough to stop Biden from exacerbating the economic situation with his multi-trillion-dollar BBB proposal.

Now that we are in the midst of the worst recession in at least 40 years – and on the verge of a recession – Biden is playing the blame game again.  The inflation is due to the Russian invasion of Ukraine even though it was well underway before Putin launched his attack.  He constantly calls it “Putin’s inflation.”  Liberal economists like Larry Sommers have that Biden is wrong.

Biden denies that his policies of shutting down the American oil industry had a significant effect on both oil prices and America’s competitive advantage in the world market.  Inflation is too much money chasing too few goods.  Reduce the amount of oil being refined and you get price increases.

When that bit of finger-pointing was not fooling the American people, he fell back on the Democrats’ favorite boogeyman – the oil companies.  He claimed that they were making record profits.  The public saw through that disinformation as economists and the oil industry explained the complex issue of oil sales.  One Oil CEO tersely suggest that whoever wrote the Biden’s tweet about oil profits should take an Economics 101 course.

With his popularity numbers falling to record lows after blaming Putin and then the Oil industry, Biden attacked the grassroots.  He called on every gas station in America to lower its prices to save his political ass.  That was even more irresponsible and reprehensible than is previous excuses.  It got a huge pushback from the folks back home – and Biden’s favorable rating dropped even further.  His polling number is now lower than Trump’s at any time during the latter’s four-year presidency.  (For the record, Trump’s lowest was 38 percent and Biden’s is currently at 35 percent.)

Even as most economists see more inflation in the future, a possible recession, and a period of stagflation, Biden continues to peddle his rosy narrative of a super great economy.  The American economy is structurally sound.  That is a fact.  However, it is operationally malfunctioning and not serving the interest of the people.

He notes that wages are increasing.  BUT they are not keeping up with inflation, which means the working person’s purchasing power is declining.  And the wage increase is slowing down.

He points to the stock market. In fact, it has suffered the worst first six months than any half-year in the past 50 years.  Declines in the market are creating losses in retirement plans for millions of Americans.

He talks about job growth – those numbers coming out of the Labor Department.  In fact, Biden takes credit for the greatest job growth in the shortest time in American history.  What he does not tell the public is that virtually all that job growth was anticipated – was baked in — once the Covid Pandemic was in the rearview mirror – and America was going back to normal.  And we have yet to reach the number of jobs lost because of the forced shutdown.  By most standards, the job recovery has been slow and somewhat disappointing.

Recently, Biden pointed to the relatively low unemployment rate of 3.6 percent as a positive achievement.  Part of that decline is because a lot of Americans have stopped looking for a job.  That is why America has so many more job openings than willing workers.

There is a second problem with the low unemployment rate.  It makes inflation more pernicious.  You should know that the Federal Reserve Bank is increasing interest rates to fight inflation.  That will result in people losing their jobs.  But that is an unfortunate side effect of the treatment.  Soooo …. low unemployment means the inflation will continue to rage for a prolonged period.  That is why the Fed is going to raise interest rates even further in the near future.  They will keep rising until it restricts the money supply – and the unemployment rates increase.

Recessions are inflation killers, but that is hard on the public.  It is a cure that can be as bad as the disease.  The Fed is hoping to thread that needle by raising interest rates just enough to slow the inflation without creating a serious recession.  One slight miscalculation and we go from inflation to recession.  But that is the work of the Fed – and Biden does not play a role in that process at all.  He is almost as much a bystander as you and me.

If you look at the big picture, you can see that Biden has done little to nothing to fight the inflation that he triggered.  He is a man hoisted on his own petard – and we the people are doing the suffering. 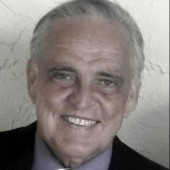