Anti-freedom voices on Twitter are calling for lockdowns and not surprisingly, authoritarian liberal states have started hearing them already.

On July 31, famous British actress Glynis Barber shared James Melville’s tweet of an image showing a collage of twitter posts about monkeypox and monotonously repeating the call for a lockdown: “we need a hard 6-month lockdown.”

This looks very co-ordinated indeed. How would you feel about going into another lockdown? Considering the incredible harm the last ones did I find it hard to believe anyone would think it’s an acceptable idea. https://t.co/czUhvZFwVa

The posts start with the same line “I speak for the whole of America/Canada/UK” and use nearly the same phrasing to advocate for a 6-month lockdown in various countries.

“This looks very coordinated indeed,” commented Glynis Barber, adding that she finds it hard to believe that anyone would think it’s an acceptable idea to impose lockdowns again given the incredible harm the last ones did.

In his comment,  Melville called the repeated demand for a lockdown “sinister and coordinated.”

For state residents, the return of lockdowns means loss of basic freedoms soon after they were restored after about 2 years of COVID restrictions in various forms at different places, mainly in transportation, health, and catering businesses.

Calling a state of emergency can allow the suspension of local laws and allow governments to enact new rules to better manage the monkeypox outbreak.

The nature of lockdown, if imposed by authoritarian governments, is not known yet. However, given the fact that the infection is predominantly spreading among men who have sexual or intimate contact with other men, WHO officials have reportedly suggested a kind of “sex lockdown” to fight the spread of monkeypox. At least this is how The South African interpreted WHO’s advice for men to reconsider taking new male sex partners and reducing sex partners on the whole. The story noted:

Although WHO won’t officially call it a sex lockdown, they are asking certain individuals to ‘take precautions’.

The financial and health effects of COVID-19 lockdowns have been devastating in all age groups and continue to make news. In the final week of July, scientists in London and Glasgow inferred that the rising incidence of hepatitis among children in dozens of countries is the aftermath of COVID lockdowns that suppressed the natural immunity of children. In fall 2020, data showed that lockdowns did not prevent COVID spread and that reopening did not accelerate infection rate. 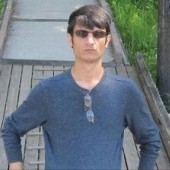 Ilhan Omar: We Expect Joe Biden to Take a Huge Swing to the Left