Teacher Impregnated by Student is an Adult Model She wants to spread her hot “mom genes.”

A teacher-turned-OnlyFans star who was impregnated by her student wants to auction off her body for surrogacy to improve the beauty of the global population.

“Men are constantly asking me to have their babies,” North Carolina’s Amy Kupps, 33, told NudePR of her alleged master plan. The former high school teacher made headlines in July after revealing that she was knocked up by a student during a drunken one-night stand.

Now, eight months along in her pregnancy, the self-proclaimed “proud mistress” and homewrecker says she plans to give birth many more times — but for a specific purpose.

“I want to become a surrogate and mass-produce pretty babies with strangers,” said Kupps, who reportedly earns more than $22,000 a month disseminating X-rated snaps on OnlyFans and elsewhere. 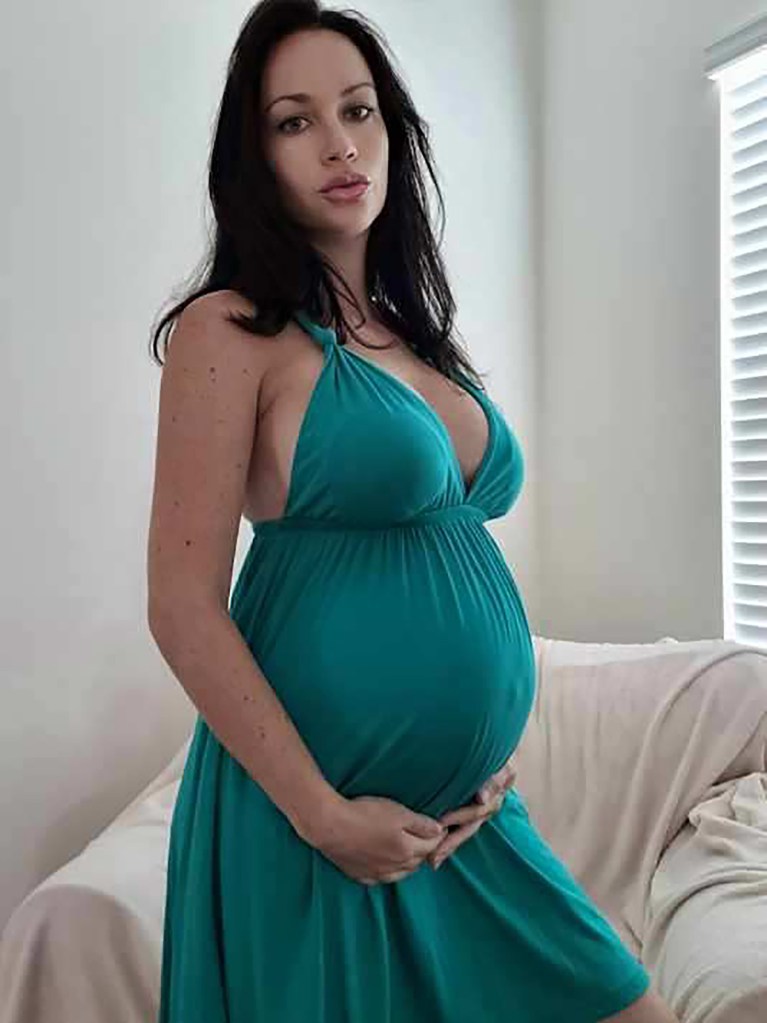 The mother of two said she was inspired to pursue her this unconventional baby-making scheme after getting propositioned by prospective fathers, Jam Press reported.

“I get offers to have men’s children all the time, not just single men but married as well,” claimed Kupps, who’s ultimate goal is to enhance the average aesthetics of the global gene pool.

“I think the world would be a better place if people were better-looking and had my genes,” the educator-turned-porn star declared. “I will definitely pass down my amazing eyes, hair, strong facial features, high metabolism and intelligence.”

She added, “It doesn’t matter if the man is ugly, the baby will be beautiful if I’m its mother.”

In order to bestow the world’s population with her “beautiful” genes, Kupps says she plans to “put my body on auction and offer it to the highest bidder.”

“I want to carry lots of babies but no more than 25 in total – that would be my limit, but it would get the ball rolling,” the aspiring serial surrogate claimed. “With medical interference, I could potentially have quadruplets at some point.”

She added, “When the children get older, they can have beautiful kids as well and the cycle will continue.”

While her mission might seem vain or egotistical on its face, Kupps says that her goal is to better humanity.

“I’m not sure how much I would make but it’s not about the financial aspect, I just want to make the world a better place,” the skin merchant explained. “If people took actual care of themselves, worked out, stopped eating fast food and drank more water, the world would be much more stress-free.”

She added that the abundance of aesthetically endowed people would ensure there would be a “match for everyone and everyone’s confidence would be at a high level, resulting in better choices made for humanity.”

Eugenics-evoking goal notwithstanding, this venture would no doubt add even more color to Kupps’ already “diverse” resume. The ex-educator first made headlines in 2021 when she was forced to quit her teaching gig after her now-ex-husband allegedly exposed the fact that she was selling NSFW OnlyFans content on the side, Knewz.com reported.

According to Kupps, her then-hubby had encouraged her to adopt the salacious side-hustle as a way to earn extra cash. However, he reportedly became jealous of the attention she was receiving online, particularly with regards to “men online spoiling me with gifts far more expensive than he could,” she said.

The self-confessed nestwrecker has also become a fixture online to her habit of only sleeping with married men.

“Cheaters are a thrill in bed, mainly because they haven’t been pleased in years so they are willing to do whatever it takes to get me excited,” the brazen brunette boasted. “I tend to go for men in their late 30s or 40s, as they are much more romantic, financially stable and experienced in bed.”